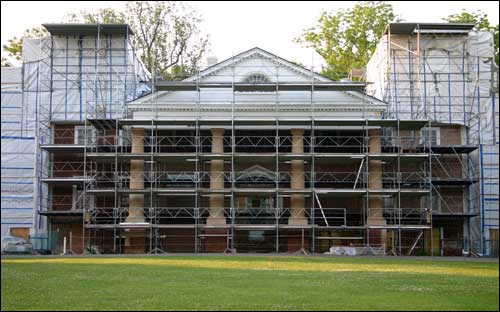 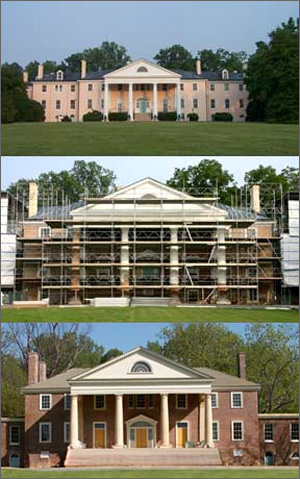 The Montpelier Foundation Architectural Research Project has become recognized as one of the foremost studies ever conducted on an historical building. The study was conducted at Montpelier, the lifelong home of James Madison in Orange County, Virginia, between October 2001 and August 2002. It was launched to characterize the home as it existed during President Madison’s life and to assess whether sufficient evidence survived to support an authentic restoration.

The Research Team at Montpelier had the problem of organizing and archiving a staggering number of material samples along with the mandate to keep other historical organizations up to date on the progress of the project. They turned to Media Orange for a two part solution.

The first was a web site which documented the progress and provided detailed information on the samples they were collecting. Media Orange, in collaboration with Montpelier’s design team, developed an extensive web site so scholars in remote locations could follow the progress of the investigation.

The second was an extensive database which tracks all of the information on the thousands of samples collected. Using database queries, project managers have been able to see patterns in construction that had never been noticed before.