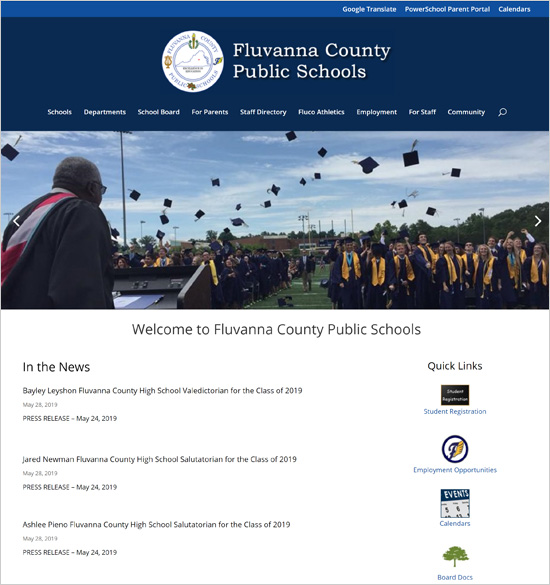 In 2011, Media Orange developed a content management based web site using Microsoft SharePoint 2010. In the summer of 2015, Media Orange completely rebuilt their site using a combination of Word Press and Google Apps for Education. The new site is very easy to edit and update which is a critical feature for school system sites. Also, the use of Google Apps for Education allows free document storage since Google provides their Drive and Sites applications free of charge to public schools.

Since its launch in July of 2015, the site has received glowing accolades from both staff members and the community.